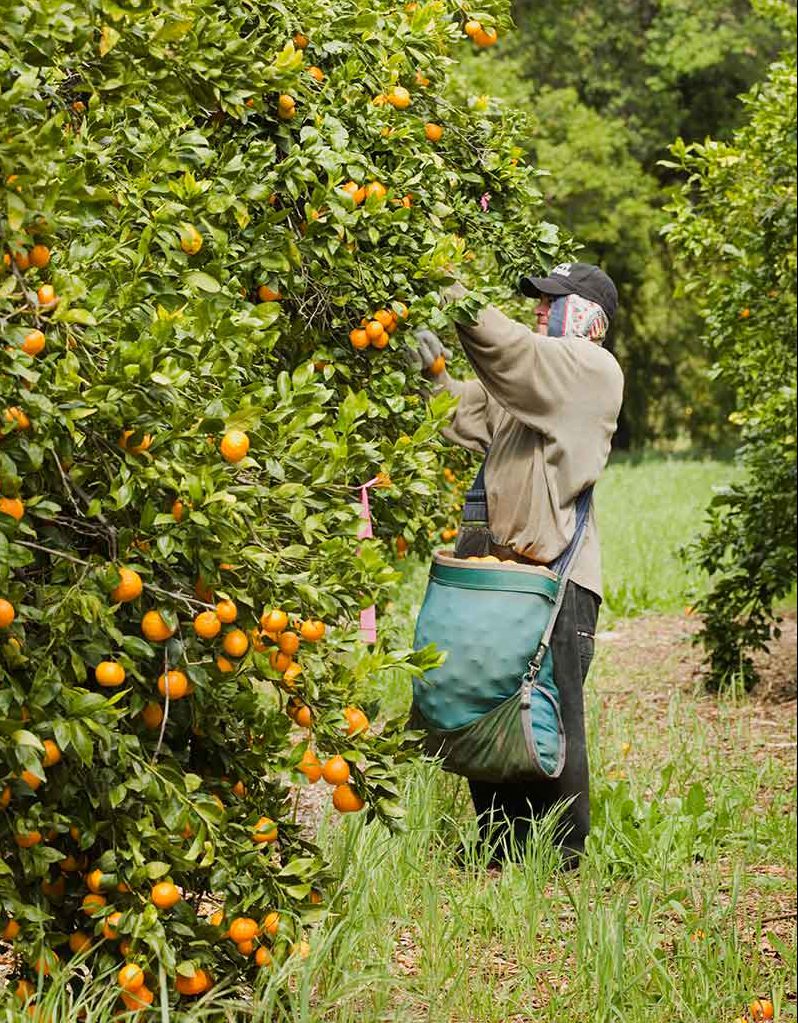 Ventura County’s farms and ranches employ 41,600 men and women. These farm workers are critical to Ventura County’s $2 billion-a-year agricultural industry. Without them, crops would not be harvested, and the lush local landscape of green fields and orchards would go untended.

The average income of those workers is about $22,000 a year. Yet the average apartment rent in Ventura County is more than $20,000 a year. This combination of low wages and high housing costs means farm workers often must pool their resources to live in overcrowded apartments, motel rooms or houses. Sometimes they live in garages or sheds neither intended nor fit for human habitation.

Check out the facts in our infographic

We promote safe, decent, secure, and affordable housing for Ventura County farm workers and their families through education and advocacy.

Our work is not always visible,
but it is critical.

We do not build farm worker housing; we make it possible for others to do so by building a conducive political and regulatory environment. This means alerting the general public and our elected representatives about the need for safe, decent and affordable housing for Ventura County farm workers and their families.

Since 2004, House Farm Workers! and its partners have been doing just that. Thanks to these efforts, more than 1000 homes have been completed or planned in Ventura County, giving new opportunities and new hope to hundreds of families.

Much more remains to be done. House Farm Workers! invites everyone who cares about farming and farm workers to join it in its mission to “support safe, decent and affordable housing for all farm workers and their families through advocacy and education.”

Families benefit: When farm workers and their families live in safe, decent and affordable housing, their children are healthier and do better in school. Families experience less stress, and can devote more resources to food, clothing, health care and other needs.

Agriculture benefits: Employees in secure housing provide a more stable and dependable work force for one of the county’s most important industries. 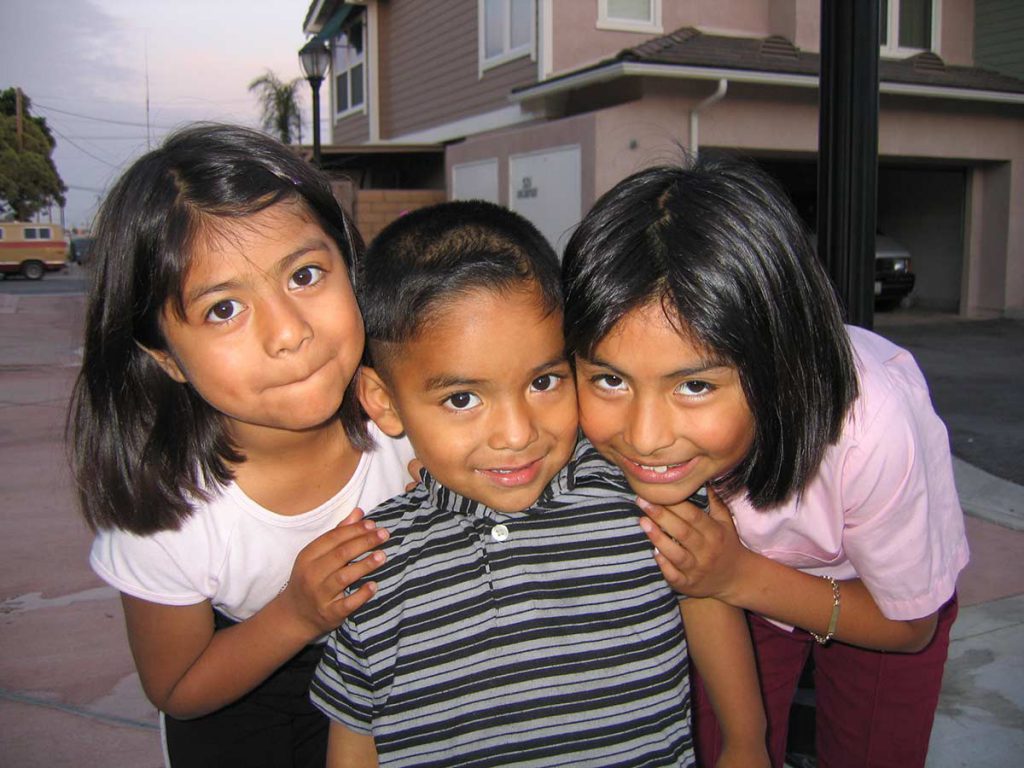 Leslie recently retired after 30 years working for her family’s farming company Leavens Ranches LLC, growers of lemons and avocados in Ventura and Monterey Counties, and wine grapes in the Santa Lucia Highlands appellation of Monterey County. As a member of the Ag Futures Alliance, she became involved in the critical issue of farm worker housing and is now chair of House Farm Workers! Leslie also chairs the Ventura County ACP-HLB Task Force and serves on the boards of Saticoy Lemon Association and the Museum of Ventura County, as well as several water company boards. She is a past president of the Farm Bureau of Ventura County. Leslie is a graduate of the California Ag Leadership Program (Class 34) and the University of California, Los Angeles.

Ellen Brokaw, Treasurer
Chair of the Board, Brokaw Ranch Company

Ellen Brokaw is a board member for House Farm Workers!. In the 1970’s after her youngest child started school she began to work full-time in the nursery business started by her husband, Hank.  Brokaw Nursery is still thriving and grows avocados and citrus trees for farmers to plant in their orchards around the state of California. Through her work at the nursery,  Ellen became closely acquainted with the personal challenges that farm workers experience,  in particular finding secure and affordable homes. In 2000 she became a charter member of the  Ventura County Ag Futures Alliance. The goal of the Alliance was to ensure the permanent viability of agriculture in Ventura County.   One of the needs they decided to address was farm worker housing. The Alliance published a report, “FARM WORKER HOUSING: A CRISIS CALLING FOR ACTION”, and co-sponsored a Farmworker Housing Summit in 2003, which was the genesis of the organization House Farm Workers!  A founding member of HFW, Ellen now devotes her time to the goal of ensuring that farmworkers and their families have safe, decent, secure, and affordable homes.  She hopes that House Farm Worker’s current work of education and advocacy will become even more robust in continuing pursuit of this vision. Regarding future opportunities for HFW, in the next couple of years they have two specific projects, first to give input to City and County Housing Elements, and secondly to facilitate a county-wide survey of farm worker housing which will raise the visibility of the issue and provide valuable data. Both of these projects can make significant contributions to providing more farmworker homes.

Karen Flock is a Senior Developer with the Housing Authority of the City of San Buenaventura, a member of the development group renovating and developing new affordable homes in Ventura. Previously she served as Real Estate Development Director for Cabrillo Economic Development Corporation, overseeing the development of over 1,500 affordable homes for farm workers and others in Ventura County. She is committed to creative community development projects. She is an active member of the Midtown Ventura Community Council, Homes for All Alliance, Soroptimist International of Ventura, and Ventura First United Methodist Church. She is a graduate of Reed College.

John Krist recently was chief executive officer of Farm Bureau of Ventura County, an independent, non-partisan organization that serves as an advocate for the county’s agricultural industry. As CEO, he was responsible for managing the nonprofit organization’s staff, daily operations and finances. He recommended policy to the organization’s Board of Directors, implements board directives, and represented the interests of the membership at legislative and regulatory hearings. He also served as the organization’s liaison with the news media, as well as with numerous community organizations and groups. Before joining the Farm Bureau in February 2008, Mr. Krist worked as a reporter, editor and Opinion-page columnist at the Ventura County Star for more than 24 years.

Since joining People’s Self Help Housing Corporation in 2005, and prior to assuming his role as CEO, Ken also served as the Executive Vice President, CFO and the Vice-President of Real Estate Finance for the organization. Prior to developing affordable housing for farmworkers, their families and other lower income earning households on the Central Coast, he accumulated experience through a 20+ year career in banking and agriculture.  He served as CFO for Cilker Orchards, a family owned statewide developer and operator of agricultural, commercial and residential properties.  He earned his undergraduate degree in Agricultural Business Management from Cal Poly, San Luis Obispo, and his MBA in Finance and Banking from Golden Gate University, San Francisco.  He currently serves on the Boards of Directors for the National Farmworker Housing Directors Association and the National Rural Housing Coalition.

Jane has worked for the last 24 years managing her family’s lemon and avocado ranch in Somis, until her retirement in 2021.  She feels fortunate to have seen firsthand the positive impact safe and secure housing has on the lives of farm workers and their children, as well as providing a stable workforce for employers.  Prior to joining Donlon Ranch, Jane practiced as a Registered Nurse for 18 years, her last position being Chief Nurse Executive at St. John’s Hospital Camarillo. Jane is actively involved in work to ensure access to healthcare for the underserved populations of Ventura County. She has served on various boards and committees in the agricultural and healthcare industries. She currently serves as a director on the boards of Livingston Memorial Visiting Nurses Association and Livingston Memorial Foundation. Jane is a graduate of the University of California, Los Angeles and received her nursing degrees from Columbia University and St. Louis University.

Joe Stephen Ramirez worked in the field of education for over forty years. Beginning in 1976, he began his career in education as a counselor/instructor for an alternative high school that also included an Upward Bound Program. It was at the School of Many Cultures in Oxnard, CA that Joe found his love and passion for working with students. Through the years of working in education, there was always one thing at the forefront of Joe’s motivation; students came first.

Through the years, Perez has served his community with House Farm Workers!, Ventura County Civic Alliance, Clinicas del Camino Real, United Way of Ventura County, El Concilio del Condado de Ventura, Children’s Health Initiative Steering Committee, HOME Housing Task Force, Justice and Peace Commission, Archdiocese of Los Angeles, Ventura County Living Wage Coalition (Co-Chair), and he has assisted the Moorpark Unified School District as a classroom volunteer/reader. Bernardo Perez has been on the Ventura County Community College District Board of Trustees since 2010. Previously, he represented his community on the Moorpark City Council, including serving as Mayor of the City of Moorpark. In addition, Perez currently holds positions with the Workforce Investment Board, the Moorpark Foundation for the Arts, and the Simi Valley Hospital Foundation. Perez previously was employed as the Project Manager for the Cabrillo Economic Development Corporation in Ventura since 1999. He previously was employed with the Los Angeles Department of Water and Power for over 30 years.

Chris Stephens recently retired after a 35-year career in local government. During his career Chris worked throughout the Central Coast. He served as the head of the County of Ventura’s Resource Management Agency from 2006 until retiring in 2019. Previously within Ventura County, he worked as the County’s Planning Director, as the Deputy Executive Director of the Ventura County Transportation Commission, and as a transportation planner for the City of Oxnard. Prior to coming to Ventura, Chris worked in Santa Cruz, Monterey, and San Luis Obispo Counties. He has also served on many community organizations and programs, including the Hansen Agricultural Trust Advisory Board, the City of Ventura Visioning Committee and Charter Committee, and the Ventura County Planning Commission. Chris currently teaches at UC Santa Barbara in the Environmental Studies Department and serves as a Ventura Harbor Port Commissioner. A native of the Bay Area, Chris received his Bachelor’s Degree in Public Administration from UC Santa Barbara and his Master’s Degree in City and Regional Planning from Cal Poly San Luis Obispo.

Gabrielle Vignone joins the organization with over 13 years of comprehensive experience in the housing industry. She holds a Bachelor of Arts in English as well as an Associates Degree in Legal Studies. Vignone is certified in Fair Housing by the Housing Rights Center, has a Housing Credit Certified Professional designation from NAHB, and a USDA Housing certification. Vignone previously worked with The Towbes Group where she was both the Affordable Senior Community Manager and the Market Rate Community Manager. In these roles, she worked closely with the Ventura Housing Authority, built a strong command of regulations related to fair housing, local building codes, and OSHA. Additionally, Vignone worked at Cabrillo Economic Development Corporation (CEDC), where she interacted directly with farmworker families by supporting their housing needs, and created a resident run Food Share program that is still flourishing.